“Simply and beautifully as the story of the birth of Jesus is told in the Bible, no people or race that has come to know and love it has been able to resist embroidering it with characters, setting and songs of their own.  And this has been particularly true of Bible-loving people like the American Negroes, in this age-old mystery, they have found inspiration to pour out spiritual and creative drives in abundant measure.

Langston Hughes, the distinguished poet and playwright, in his “Black Nativity,” drew upon his vast knowledge of Negro folk music and lore to create a vivid and personal telling of the birth of Jesus.  Using dialogue, pantomime, dance and song, his play taps a treasury of specifically Negro materials and puts them in the hands of an all-Negro cast, giving a fresh and wholesome new approach to the Bible’s best-loved story.”

The Original Broadway production, can be found on YouTube. In Celebration of Posados

“Beginning on December 16 and ending nine days later, on December 24, Las Posadas commemorates the nine months of Mary’s pregnancy. Each night, one family agrees to house the pilgrims. And so it begins: At dusk, a procession of the faithful takes to the streets with children often dressed as angels and shepherds. Religious figures, images and lighted candles are a part of the festivities.

The group representing the Holy Family stands outside a series of houses, singing songs, asking for lodging. They are refused time and again until the group reaches the designated house. Finally, the travelers are permitted to enter. Prayer and song continue in the home, and festive foods are shared. The evening ends with a piñata in the shape of star.

The tradition continues each evening with a different house as the chosen Posadas. The last night—Christmas Eve—usually features a midnight Mass. The nine days of Las Posadas is more than just a feel-good tradition: It deepens faith and strengthens ties within the community at a holy time.

Just as Mary and Joseph faced the cold weather—and even colder innkeepers that night—participants brave the elements in bringing their love for the Christ Child to their streets. Las Posadas isn’t about being somber and still during Christmas: It’s about pilgrims and a pilgrimage, rousing song, prayer and deep faith—all of it in motion.”

In Celebration of Parranda

“Parrandas are the Puerto Rican version of caroling. It is marked by singing traditional Puerto Rican music called aguinaldos(Christmas Songs) and using traditional instruments, including Guitars and Cuatros, tambourines, maracas, palitos, and guiros.” 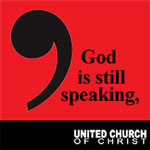